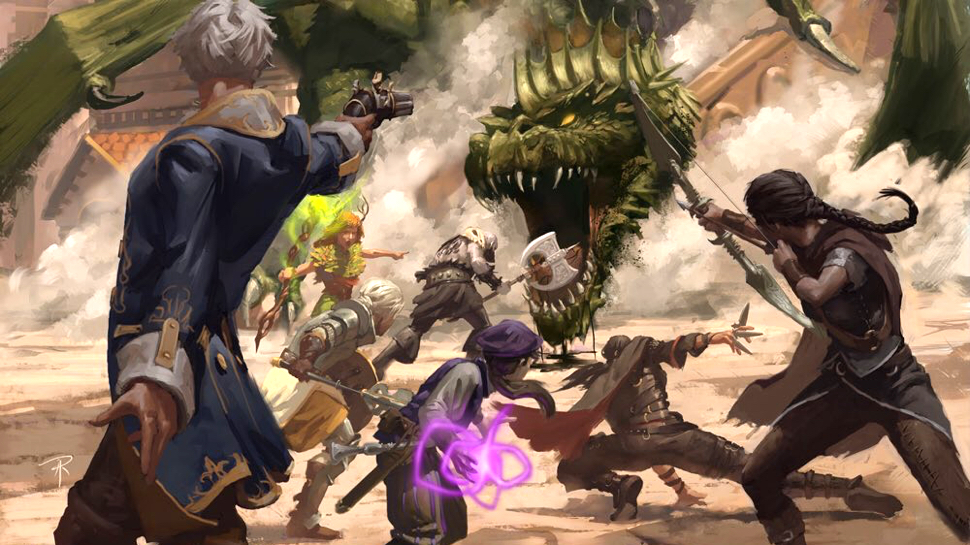 Welcome to the campaign home page! We're a group of five regular RPG players that meet in Lehi, Utah, currently adventuring in the Tal'Dorei / Exandria World.

The Shadows of Tal'Dorei is based within the Tal'Dorei campaign world, created by Matthew Mercer and James Haeck. For more information visit the link above or purchase the campaign setting book. Pick up a digital or hard copy from Green Ronin, Amazon or order one from our home store and support a great indie game shop, Gamer's Inn.

~Gate of the Ninth Crown~ 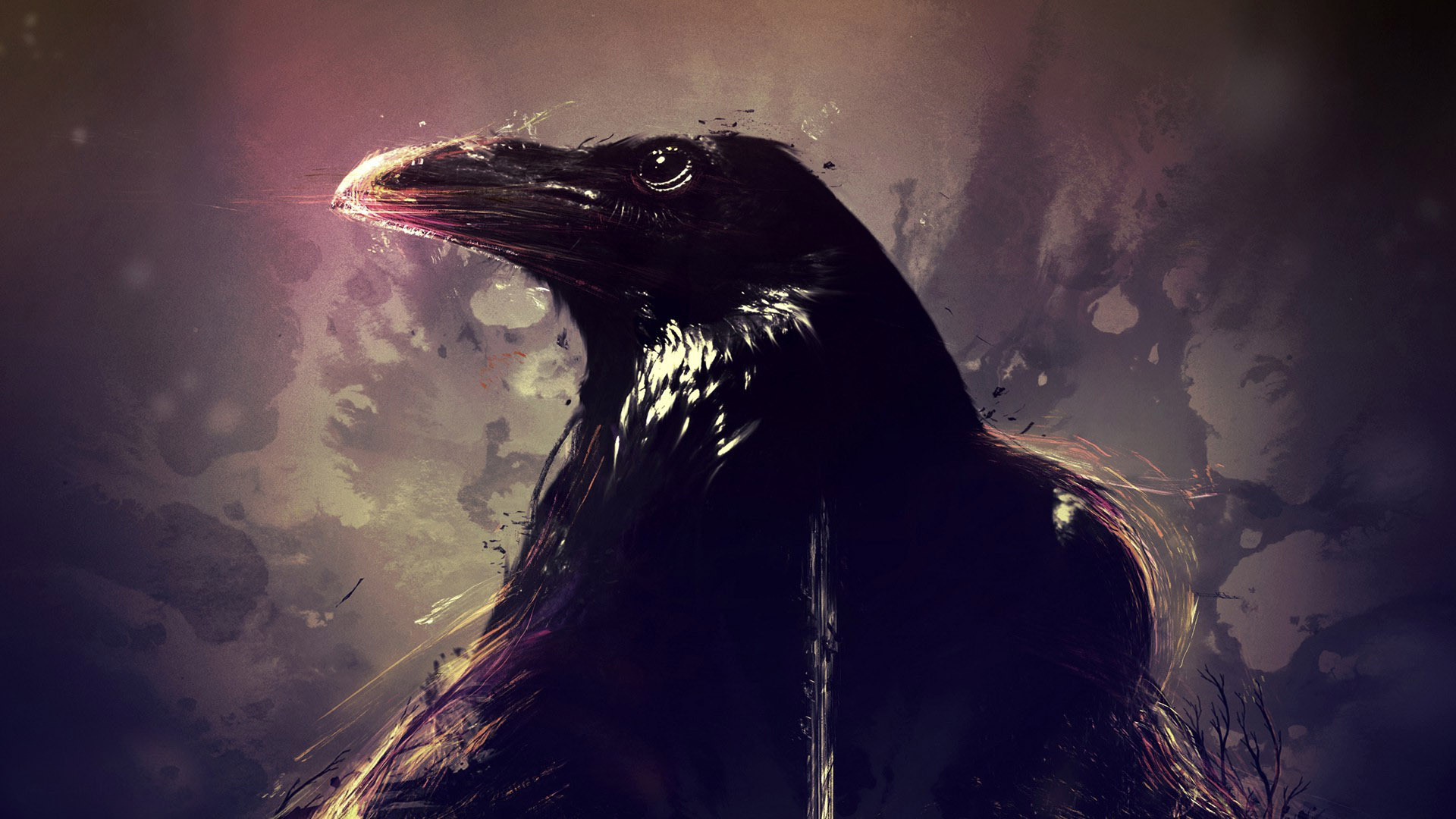 The Gate of the Ninth Crown is a custom RPG adventure, created and written by Grey Beard (DM). The adventure takes place within the Tal'Dorei campaign setting and utilizes the 5th Edition rule set. 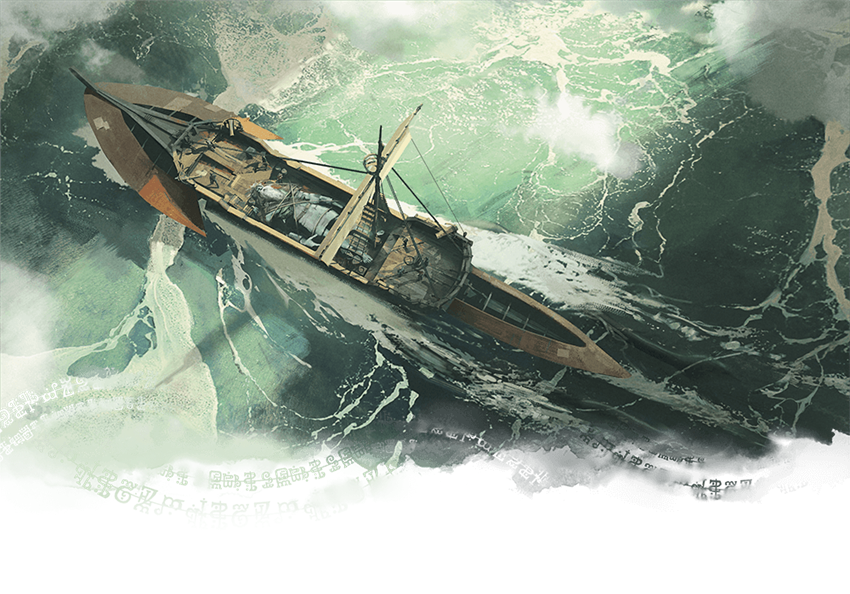 Just after dawn you leave your modest sleeping area, hastily fashioned among the various cargo crates within the hold of the Protuzka. You stretch, assemble your gear and climb out onto the gently rolling deck of the small sloop. Having been on the  ship for two weeks now…sailing up The Sword Coast…the shapes of Port Golrotha and the faint outlines of its city, bring a smile to your lips.

Your party is already gathered near the bow, relieved that the passage North, is nearing an end. As you all discuss the wonders, lager houses and entertainment that await you onshore, you see a raven rapidly approaching the ship just above the early morning mists. Arriving, it flies past you and lands on a wooden rail near the helm, right in front of the captain. The large, black bird screeches, then begins pecking the rail rapidly. It's then, that you notice that a small, white cylinder is attached to its leg.

Captain Seamus Drake, a man you have casually come to know during the course of the voyage, removes the message with little effort from the oddly compliant bird. You watch in mild interest as he opens the container, removes and unrolls a small scroll of paper.

"What the hell is this?" he asks, showing the message to his helmsman.

"Looks…Elvish to me cap'n." The sailor replies.

"You know how to read Elvish?" Drake replies.

The helmsman shakes his head and shrugs. Grady, one of the ship's deckhands approaches the captain, having overheard the conversation.

"I know some, Captain. My sister taught me a bit a long time ago, when she was lernin it."

"Alright, then. See what you can make of this."

Grady scratches his beard and begins to read.

There is a brilliant flash as the scroll ignites in an scorching purple flame which spreads instantly onto Grady, consuming him almost instantly. The sailor screams as a thunderous wave of light explodes outward from somewhere within, vaporizing him in a cloud of crimson mist.

The force of the explosion knocks the captain, helmsman and all on deck, prone.

Moments seem like an eternity as your as you sit up, ears ringing and stars dancing in your eyes. You hear the raven screeching and watch as it flops violently around on the deck. The bird's form contorts and grows as you watch its form strangely fold in on itself.  The mass expands until its the size of a huge, matted ball of blood, feathers and gore. The object hisses, releasing a foul-smelling stench, rolls onto the main deck and then breaks open like a ruptured cyst…spilling out the form of a strange, dark, horned creature.

Scrambling to your feet, you draw your sword. The creature on deck rises, stretches, stands…looks at you, and then roars… exposing its blackened, dagger like teeth.

Turning, the monster whips its seven-foot frame in the direction of the prone Captain Drake and you watch as the thing lunges forward, claws outstretched with a singular target in mind. It reaches down, grabs Drake by the throat, and lifts the captain up to its own eye level with ease.

~Welcome to Gate of the Ninth Crown~ 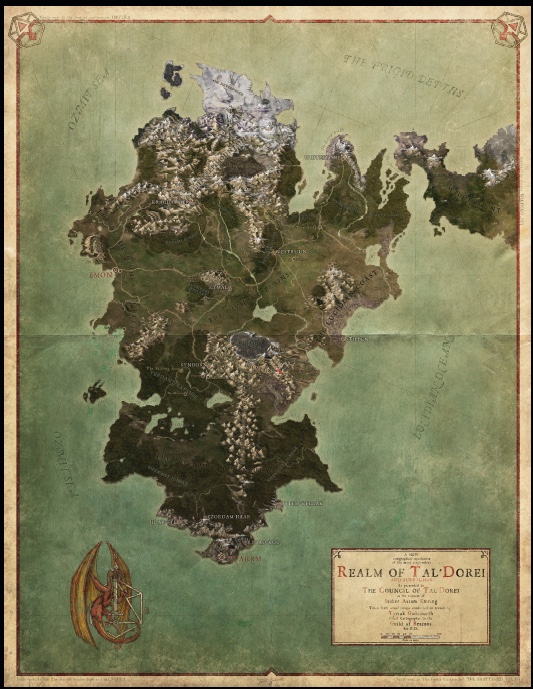 The History and Calamity of Tal'Dorei

"The following information outlines what is known
within scholarly circles and historical archives, kept
by the monks of the Cobalt Soul or the historians of
the Alabaster Lyceum. The learned student may begin
their journey with seeds of this history to explore, while
others uncover its truths as they wander along their path.
Regardless, we all came from somewhere, and to learn
from history is to write a better destiny."

The Myth of Exandria

"Life ever seeks to understand its inception. Every civilization
has its own interpretation of where its story
began. Even within the world of Exandria, different
cultures have creation myths that eventually converge
with history, but there is no known definitive story. Even
so, the ancient city of Vasselheim in Othanzia is largely
considered the oldest surviving city, having endured a terrible
war that wiped out most of civilization more than a
thousand years ago. Vasselheim houses the earliest known
temples to the gods, and the earliest known records of
history that survived this catastrophe. Widely accepted
as the true record of the world’s origins, the myth of “The
Founding” is the interpretation held and embraced within
most of Tal’Dorei, as well as the vast lands of Exandria."

For a full history, purchase the campaign

History of the Gaming Group

We began with 3 of the players who were relatively new to playing an RPG, starting them at 1st level and advancing them to 5th with a modified play-through of The Forge of Fury. With their first adventure complete and more than a few near-death experiences, they'll continue along a blended classic/customized campaign track.

Play Style of the Group

Anything goes (we allow "evil" characters in the adventure party). We also don't allow things to drop into the extreme.

As the DM, I'm a believer that the game is about the players and for the players. I follow the base line rules of the system, but keep the rules flexible based on providing a great story track within each adventure (I'm not a rules lawyer).  We play at pre-determined, private locales that allow for a good gaming experience. We avoid playing at game shops unless there are minimal distractions.

To Join the Group

If you're interested in the group, contact the DM via DovahkiinAle@Gmail.com. The best way to determine if you'll like the group is to sit in on a session. All we ask is that you come prepared and help add to a positive game experience.

I'm sorry, but we no longer support this web browser. Please upgrade your browser or install Chrome or Firefox to enjoy the full functionality of this site.